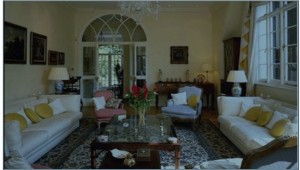 When your room arrangement creates a system of pathways, you should be forever alert to potential carpet damage. Soils from shoes can build up rapidly, especially in shoe-pivot areas before sofas and chairs.

When shoes pivot on top of soils, it has a grinding effect that scratches and gouges the yarn, causing carpeting to ‘ugly out’ long before it wears out.

It’s wise to have the open area in your family room prescheduled for cleaning at least every six months to guard again permanent damage.

House odors and their smelly implications 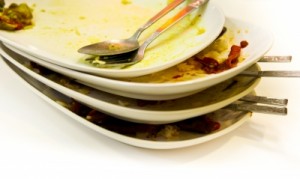 When you return from shopping or from work, and first enter your home, do you notice an odor? If so, you’ve probably also noticed, after you’ve been home for a while, that the odor vanishes. The fact is, the odor has not vanished. Your sense of smell has only become desensitized. But what you may not know is that such odors are a clear indication of air pollution in your home that is harmful and should be replaced with fresh air.
What causes offensive house odors? Such odors are caused by a wide variety of substances from cooking vapors to pesticides, from filth tracked in-doors on shoes to cat litter boxes to cleaning chemi-cal residues, burning candles, hair spray, pet acci-dents … the list is virtually endless.
And while all these odors blend as one, they contain a very broad range of airborne, chemical substances, which we inhale during all our indoor hours. Further, because of air currents and gravity, these same substances accumulate on upholstered furniture, on drapes, and especially on all floors in all rooms.
Have you ever been in the bedroom and smelled food cooking on the kitchen stove? The smell of food cooking is proof that airborne, cooking residues are in the bedroom. And, as central air systems circulate indoor air, it’s also proof that air duct systems are coated with the same substances.
So, what can we do about it?

1) At least once a week, open a window in every room to permit fresh air exchange, but don’t do it on a windy day.

2) Keep your furnishings clean.
Many substances emit vapors. And as these substances accumulate, more vapors are emitted into the air to be inhaled. And where’s the proof of this? One of the most common comments our customers make after cleaning is how fresh things smell. The reason? The contaminants in the carpeting that were polluting the air have been removed! The air is much healthier, and you breathe easier. 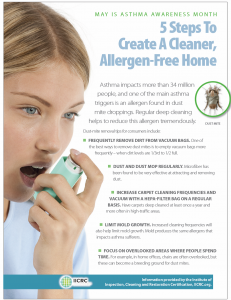 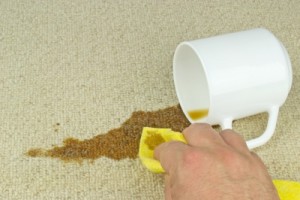 One cannot clean away tar tracked in on the heel of a shoe and soft drink drippings with the same spot-removal chemical. Different kinds of spots require different chemicals. 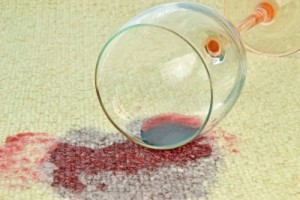 One of my clients had a party, and she served red wine over white carpeting. And, as accidents happen, that was a mistake. In both her formal living and dining rooms, there were many red wine drip-spots. One guest even dropped her wine glass. And on the following day, I received her call for help!
All the drip carpet spots came out without a problem, but, where the entire glass of wine was dropped, the stain got stubborn.
“Did anybody work on this spot?” I asked the lady.
“Yes. One of my guests poured white wine on it. She said that white wine was a sure-fire remedy for red wine stains.”
Pouring wine on top of wine is a terrible waste of wine, since all the white wine would do is dilute the red. For this purpose, water is cheaper.
If you’re going to serve red wine over carpeting, it’s wise to keep a bottle of club soda handy. And, if an accident happens, first, soak up as much spilled wine as possible, then pour club soda over the spot. Lay a bath towel—folded to four layers—over the spot and step on it. Repeat this rinsing procedure three to four times and leave the area to air dry. Do not apply white wine. 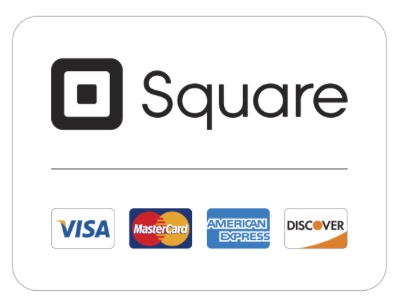